Let me tell you about two conversations (and one rude remark) I had recently:

I was discussing an upcoming knee replacement with a neighbour. He is about 5' 5", very rotund and in his late 60's, and he said

"They won't do the surgery until my BMI is lower. They want it below 40. But the thing is, when I was 20 I used to play rugby, and I just don't think they're taking into account the muscle on my legs from back then."

I was telling a friend of mine, who is a personal trainer, about this conversation. His background is in boxing and martial arts, having been county champion about 3 years ago. He now trains athletes and is in excellent shape himself. He's over 6' tall and in his early 20s, and he said:

"I went to the GP recently about some symptoms I was having and he said that with my BMI being technically overweight, my issues were down to being too fat. I asked if he was kidding so he asked what I ate. I told him that, because of how I train, I have to eat around 6000 calories a day to maintain my muscle, and he told me I should cut it down to 2000."

Now for the rude remark. I was telling my mum about both of these conversations, when an extended family member, who is roughly half my height but weighs more than me and recently had open heart surgery, interrupted and said

(that's right, she called me and my mum stupid, to our faces)

"...talking about BMI. As long as you're fit and healthy that's all that matters."

I had all these conversations in the space of a week, and it wound me right up!

BMI stands for Body Mass Index, and it's calculated using your height and weight. Essentially, it's a ratio that, depending on your height, will give you an idea of what a healthy weight is for you. This is usually expressed as a range, rather than a fixed number; a BMI of 18.5—25 is considered healthy. Anything under 18 is considered underweight, above 25 is overweight and above 30 is obese.

But, given the conversations above, it seems that no-one trusts BMI any more. Why might this be?

When I was in high school I remember learning about BMI and being told that it didn't work in sports people, because of their muscle mass. When I was at university I remember a class-mate (who did Power Lifting as a hobby and was extremely muscular but very short) saying that because of his height his BMI didn't really reflect how heavy he was. I remember at chiropractic college training alongside an Olympic sprinter (who went on to run in the relay team against Usain Bolt) whose BMI technically made him obese. We can all think of examples like this.

What are the limitations of BMI?#

When BMI was first devised it was, by necessity, easy to do. In the 1830's there was no easy access to computers or calculators and so clinicians needed a simple formula to quickly assess a patient. There is an argument now that the formula could be updated to make it more complex, but more representative and realistic.

One limitation is the effect of extremes of height. Because weight is divided by height, people who are very short tend to have BMIs that "exaggerate thin-ness", whilst very tall people will be more likely to be shown as overweight.

Another limitation is that BMI doesn't take into account what is making up the weight. Muscle is three times denser than fat and not associated with the same health risks we mentioned above. This is why BMI tends to show athletes as overweight when they clearly have low body fat. To a lesser extent bone-density can also affect BMI readings as the quality of the skeleton can't be assessed in this calculation.

Another limitation that is important, but often overlooked, is that BMI is designed for people who are skeletally and sexually mature, ie. adults. Children need a different measure altogether and for this most healthcare professionals will use a growth chart for height, weight and head circumference.

Can we make BMI better?#

Each of these limitations can be addressed to make BMI more accurate. The new formula described below takes into account the effects of extreme height or shortness, to give a more balanced picture:

You can try it here.

However, it's worth mentioning that if your BMI is over 35, then pairing them with an additional measure has been shown to have no added benefit when it comes to predicting health. If you're in this category, known as "morbidly obese", it's not because of muscle, water or being tall and taking those things into account won't change the stats on your health.

Best use of BMI#

All this is to say that a human body is very complex. Reducing a person to a number without taking the bigger picture into account will never produce good healthcare outcomes. However, there seems to be a mistrust of BMI as a health statistic in the general public which I feel is quite unfounded. BMI does have it's limitations, true, but these are:

Let's not throw out the baby with the bath water. If you're one of the 95% of people out there who doesn't fall into an extreme category then BMI won't tell you everything you need to know about your health - but it's a darn good place to start. 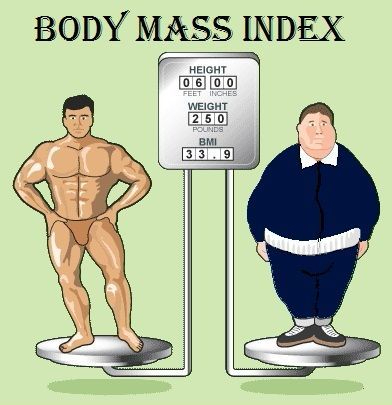 See other posts about general health